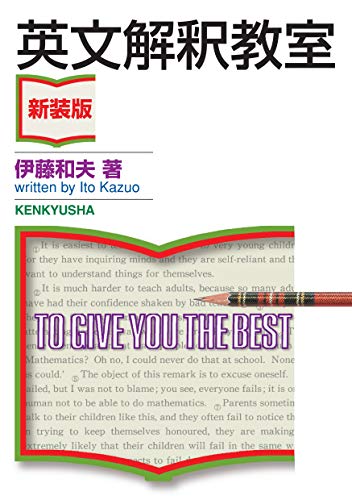 7.3 例題(2)   The Englishman learns by his mistakes, when once he is convinced of them; but it is only the brutal evidence of hard facts which will convince him, and, until these hard facts hit him in the face, his doggedness will make him hold on. It has been said that the English lose all battles and win all the wars; and it is only after he has lost a certain number of battles that the Englishman changes his tactics.

7.3 例題(3)   It is generally accepted that every intelligent person should know something about the history of the country - and if possible of the world - in which he lives, of the literature which he reads, of the trade or profession which he follows, of the religion he believes in. Why not, therefore, of the language which he speaks? It is in the belief that there is a real necessity for this, and that one of the most certain ways to ensure an intelligent use of any language is to study it historically, that the present book has been written.